At the service of the local economy

Sardex.net is a new way to rethink the local economy: interconnected and
collaborative, supported by the strength of the group and mutual trust.

Sardex.net is an integrated circuit designed to facilitate economic relations between economic entities operating in a given territory, and to provide them with complementary payment and credit tools 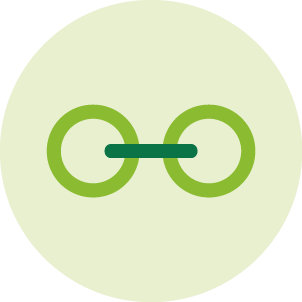 Facilitating collaboration between all economic actors of the territory 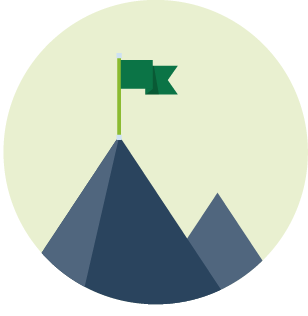 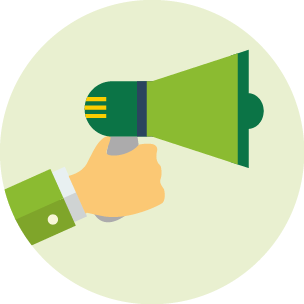 Anchor wealth to the territory by reactivating local production and consumption 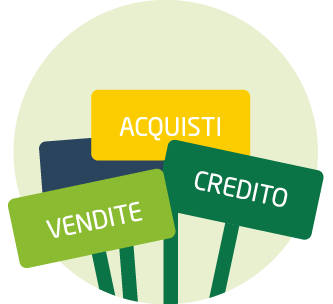 Offer support to economic operators of the territory

The Sardex.net Circuit is born 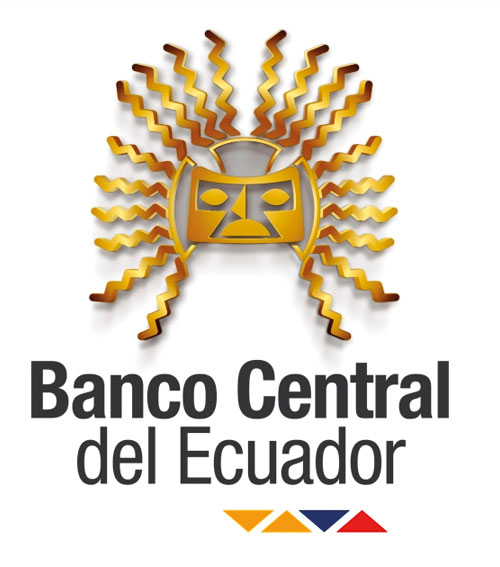 Visit of the Central Bank of Ecuador 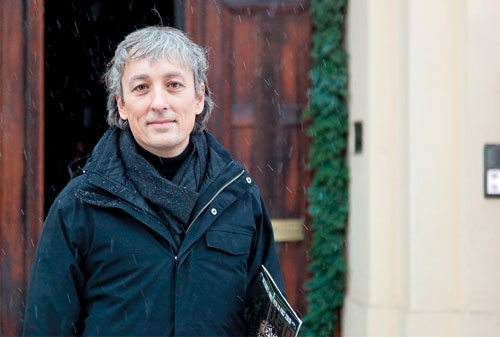 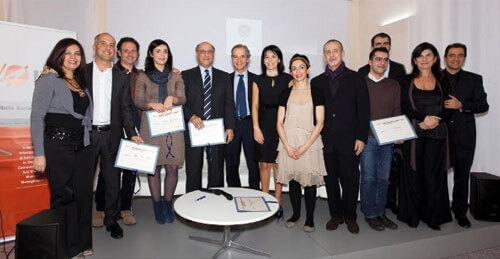 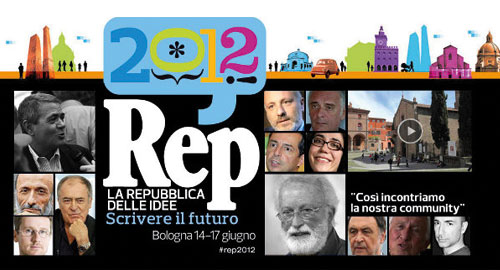 Participation at Next - The Republic of ideas

Framework agreement with the Sardinian Region 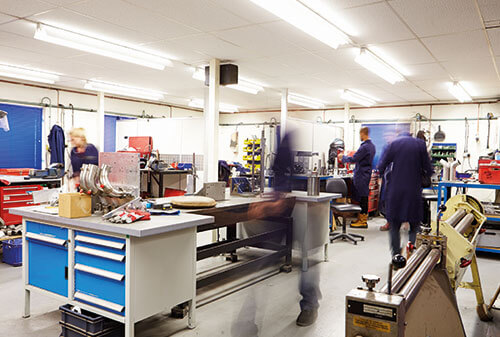 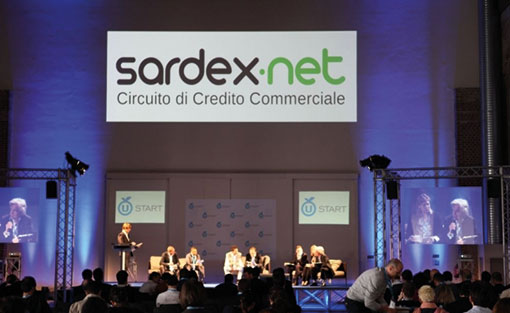 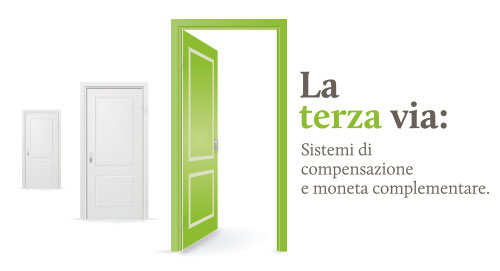 Sardex.net among the protagonists of the international conference "The Third Way" 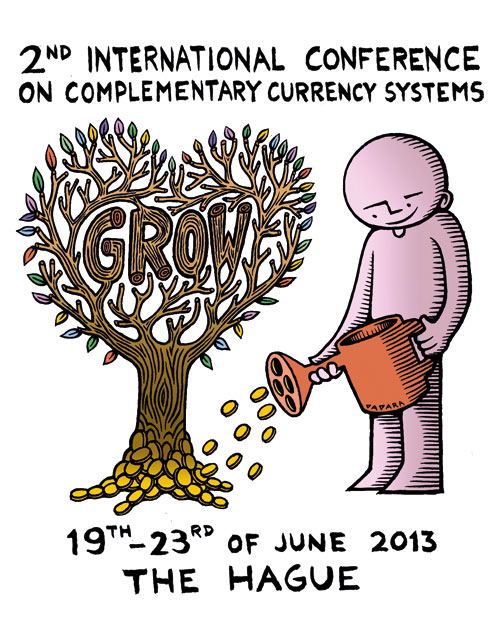 Sardex.net between "policy makers " at the 2nd International Conference of complementary currencies in The Hague

Sardex.net selected in the Innovation category for the European Business Awards 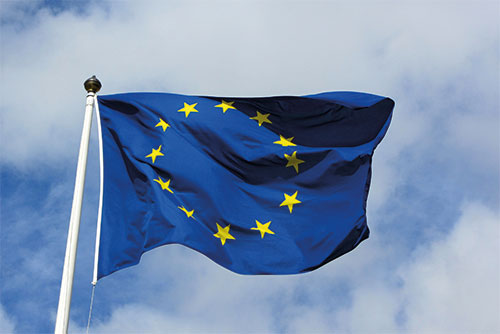 The project Digipay4growth funded by the European Commission officially starts 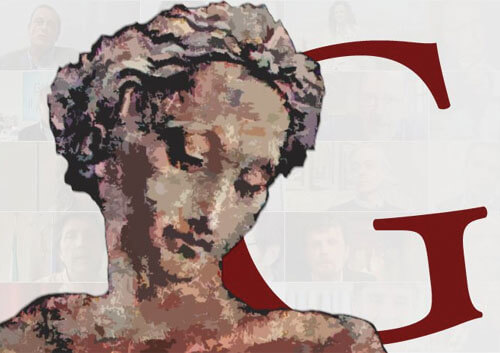 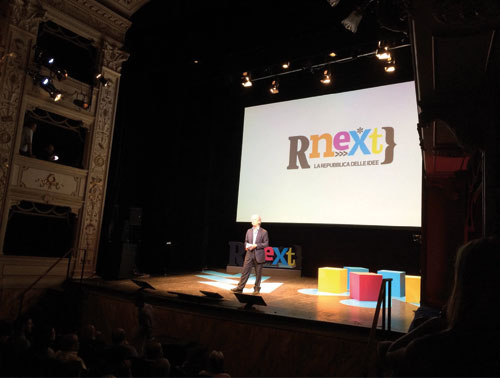 Sardex.net among the best Fintech startups at Siena Next 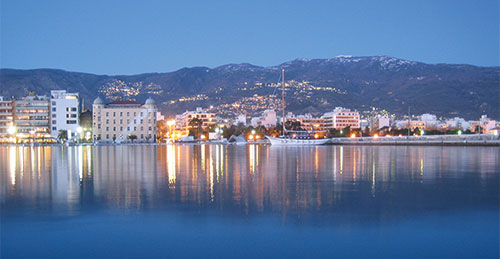 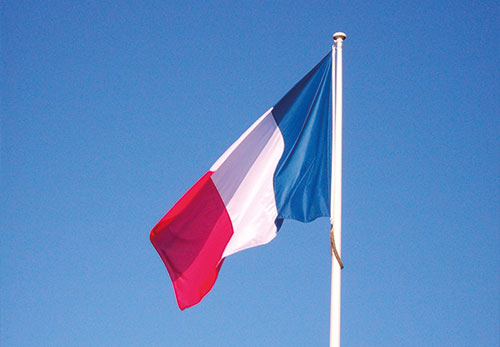 The interdepartmental committee on local and complementary currencies appointed by the French Government places Sardex among the most interesting case studies in Europe.

The London School of Economics publishes a series of studies on sardex.net

First edition of the International Festival Mitzas "Sources of change " 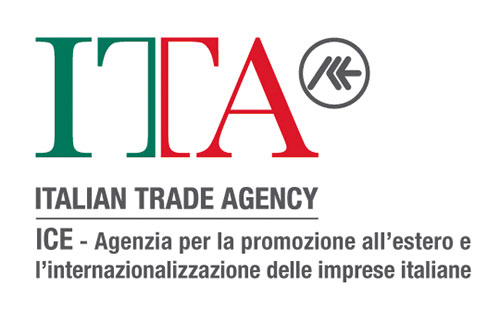 Sardex among the 69 startups selected by Italiarestarts Up! 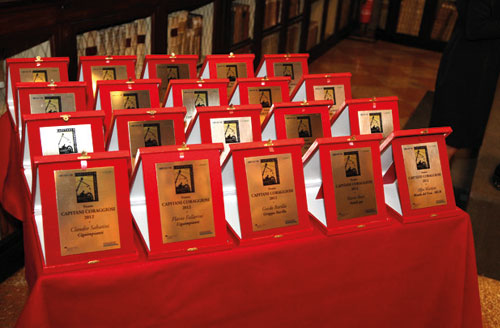 Sardex.net at the Chamber of Deputies.

The final report of the French Interdepartmental Commission defines Sardex.net as the local currency system with the highest impact on the territory in Europe after WIR.

Sardex at the Trento Festival of Economics. 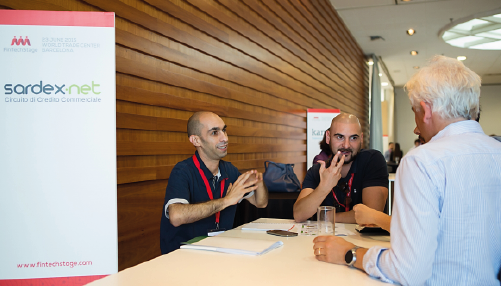 Sardex among the guests of the Barcelona FinTechStage. 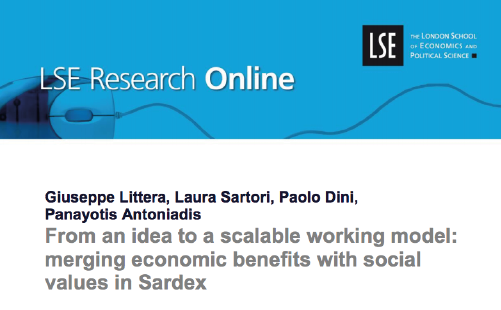 LSE published a series of papers on the Sardex.net Circuit.

Sardex.net among the leaders of the Yale Day Date 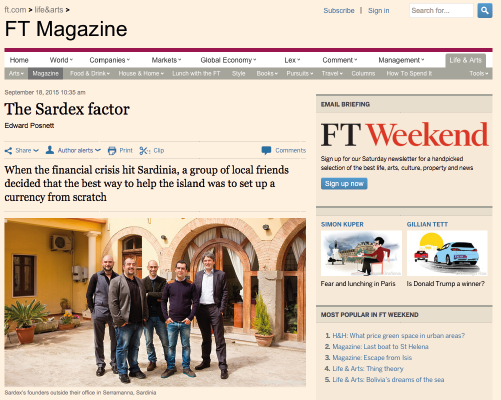 The Sardex Factor: Sardex.net on the home page of the Financial Times. 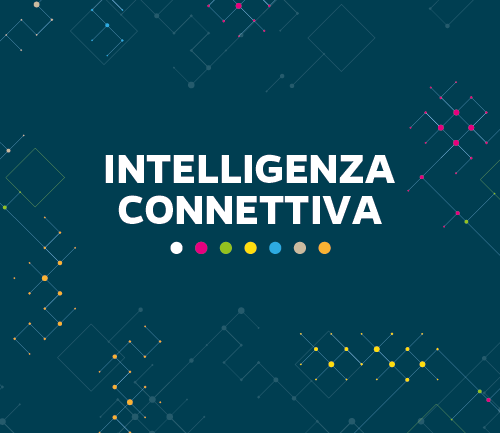 The circuit exceeds the 3000 member companies

100 Million of Sardex in transaction volume 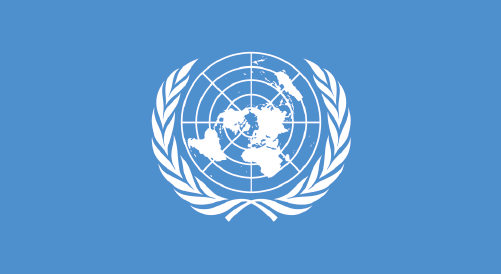 Sardex.net in Istanbul at the Workshop of the United Nations Development Department 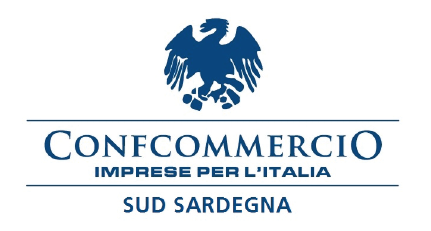 Signing of the agreement with Confcommercio South Sardinia 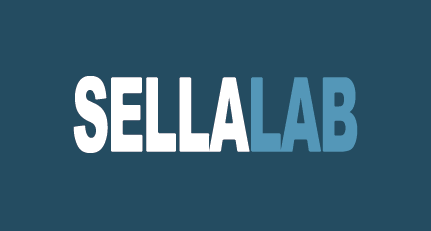 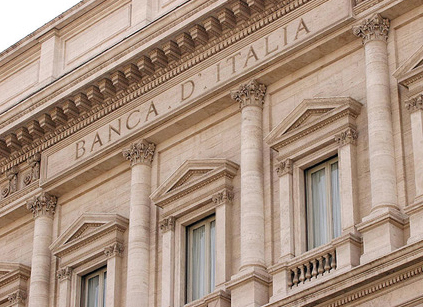 Sardex at the Banca d'Italia presentation on the Sadinian economy

Sardex-Confindustria: a pact for the island's businesses 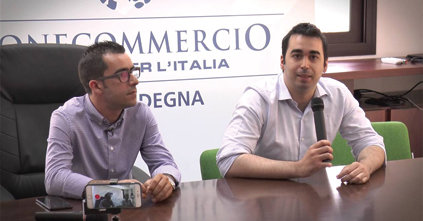 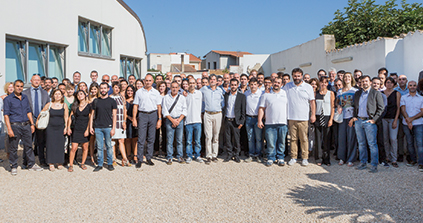 Sardex: new Circuits already established in Italy and to be launched abroad from 2018

Unter Uns (among us), Sardex on the Süddeutsche Zeitung

Sardex.net has been engaged for years in studying and experimenting possible forms of participation of the public administration in a Commercial Credit Circuit. The outcome of this long endeavour has been funnelled into the Digipay4growth project, funded by the European Commission under the Horizon 2020 program (Future Internet Research & Experimentation – FIRE+). Six Countries are involved and three field testing projects are scheduled in the initiative: one in Spain, one in England and one in Italy. Italy’s group leader is Sardex.net itself, which is carrying out the project in collaboration with the local government of Regione Autonoma della Sardegna (Autonomous Region of Sardinia).
The project uses an innovative payment tracking technology, is the first of its kind in Europe and requires the involvement of citizens, public authorities and businesses with the aim of increasing local demand, stimulate local circulation of purchasing power and increase the multiplier effect of public spending in the territory.

Credit systems like Sardex.net are not stores of value, there is no reason to hoard them and spending them is best; in this way the local economy is facilitated. In the Sardex.net circuit there is also another element: it strengthens the sense of community and creates a feeling of identification that in the neo-liberal economy does not exist.

Sardex acts as a mediator but also an accumulator of trust which stimulates the economy. In addition, it has a social value that allows a differentiation in the use of the money. Trust is put both in the other members of the circuit (it’s like belonging to a family) and in the company and all those who are part of it.

In Sardex there is an ethical element that is also social, popular and generative. Those who join the circuit maintain and even reinforce their identity, which does not dissolve, on the contrary it multiplies in a reciprocity linked to the whole circuit

Making a local currency circuit means learning to know one’s own region, seeing how the circuit can be adapted to the land, understanding what its potential is, what possibilities of exchange and economic relations can be implemented. A local currency comes into being when people and businesses talk to each other: trust is created in this kind of reciprocity. In the sardex.net circuit the local currency is also used to pay part of the wages.

The crisis broke out because too many loans had been granted without taking into account the actual ability of debtors to repay them. Credit does not mean that I have to get necessarily money. A clearing system like Sardex.net means I can pay my debts with my Sardex credits and the money spent reflects the exchange of goods and services. <br> Sardex is an instrument of measuring and payment and is closely linked to the real economy.

Sardex has proven its ability to go beyond the clichés. Because it is based on two principles of life: the first is that if your neighbour earns, you’re better off too; and the second says that no one goes away with the loot and no one remains alone. It seems the new gospel. But an apocryphal one

At last we have the first surveys on the sharing economy and the most interesting results concern the territorial distribution: the collaboration economy prevails in the South and in the Islands. It is not surprisingl, then, that one of the most successful initiatives was born in Sardinia: it is called Sardex, a Commercial Credit Circuit started in 2009.

Complementary currencies as the Sardex are not to be accumulated. They are essentially information. And they serve to promote credit in conditions where communities know well the market mechanism in which they operate.

To date, Sardex has proven to be a tool capable of reactivating trust, to stimulate exchanges, to create relationships.

The Sardex.net circuit is undoubtedly a generative example of social innovation which, thanks to the concreteness of the relationship, becomes an instrument of knowledge and social solidarity.

I’ve known about Sardex almost since its beginning five years ago and have corresponded over the past few years with Giuseppe Littera, one of its founders, but this was the first opportunity I’ve had to get an inside look at Their operation. I came away with a pretty good understanding of how they operate and the impression that the Sardex structures, procedures, and protocols as closer to optimal than any other trade exchange I’ve seen. It appears to be a developing model that is both scalable and replicable.

Here are the top prizes and awards received by the circuit sardex.net over these years:

The prestigious Innovation Award is bestowed on Sardex.net in 2012 by Istituto Europeo di design (European Institute of Design)

Sardex.net is awarded the title of Italian National Champion for getting nominated for the European Business Awards in London in the innovation category.

Sardex.net triumphs in Bloom Italy in front of a jury of major national and international investors.

The Banca di Credito Sardo (Sardinian Credit Bank) awards a prize to sardex.net for having distinguished itself as one of the most promising entrepreneurial realities in the island.

Captains of the Year Europe 2014

Sardex.net receives in the Hall of Flags Information Office of the European Parliament in Italy the Captains Of Europe Award.

In December 2014 Sardex ranks third in the list of top 100 Italian startups compiled by Riccardo Luna and What future for Startup Italy, proving itself again one of the most promising reality of the fintech Italian scene.

Sardex enters the Deloitte’s ranking.
The Deloitte Technology Fast 500TM EMEA program is an objective industry ranking focused on the technology ecosystem. It recognizes technology companies that have achieved the fastest rates of revenue growth in Europe, the Middle East, and Africa (EMEA) during the past four years.